So, I was all set to write another rambling blog post about canning projects and races canceled by wildfires when a fairly exciting development occurred. A fantastic job opportunity with T’s current company popped up in Northern California. It has been our plan to move back there at some point, but apparently the universe has decided that time has come, because I’m pleased to announce that T got the job and we are moving to California! (!!!!!!!!)

T’s been traveling a ton lately, so I’d decided to work down at my parent’s house in Oregon for a few days, so I was there when he got the good news. I’d already taken the day off to go to the State Fair with my mom, which was good because lord knows, no work was going to happen! Susan was kind enough to watch the dogs for me, since the fair is in the same town she lives in, so we met her for lunch beforehand. Margaritas with the moms:

I love the Oregon State Fair. It’s just a rad, old-fashioned state fair, that’s been around for quite some time: 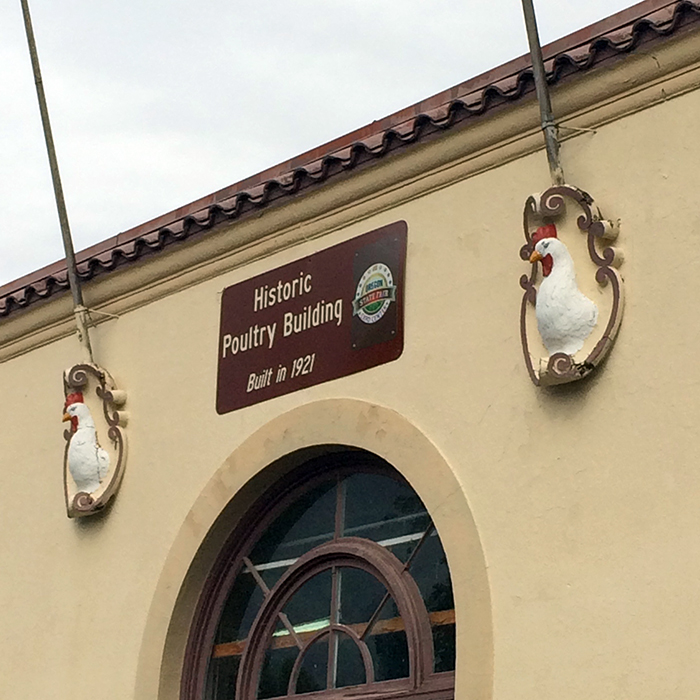 We always spend the bulk of our time looking at the animals. It’s fun to get a glimpse into a whole other world. Like this dude talking on a cell phone while walking his cow:

(Shortly after I took this picture, a lady came up to him and asked to take a close-up picture of the cow. He sort of stopped and let her, while continuing his phone conversation. The combination of her delight at the cuteness of the cow and his total lack of interest or enthusiasm in the transaction was comedy gold. My mom and I could not stop laughing… )

Of course, we had to check out the horses. They were getting ready to show draft horse two-teams, so some of them were all dolled up, while others got to lounge in the stalls. It was fun to watch which horses were mad about that. Sometimes it was the ones in the stalls and sometimes the opposite: 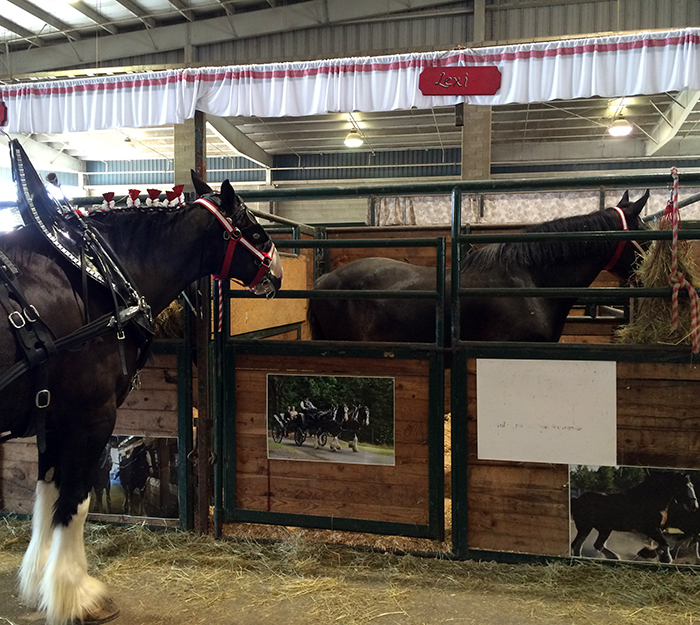 Our very favorite was this Boer’s goat who was a total love bug/ham:

Here he is snuggling with one of his owners:

We were completely charmed by him.

One of the other highlights was walking through the quilts section with my mom. They used to have them high up on the walls of the exhibit hall, but they’ve changed to more of a quilt labyrinth with the quilts at eye-level. It was cool to be able to see the details and my mom would explain how they were done. It was really interesting.

The next day, I headed back up to Seattle, picking the boy up at the airport on my way. We met up with Jenn & Bryan for drinks/dinner at Essex/Delancey to celebrate the boy’s new job.

I’m going to miss seeing them as often as we do now, but we’ve sworn that there will be visits and future adventures. Plus we know have the magic of social media, so I know we’ll be able to keep in touch. I’ve gotta say, 2015 has been one crazy year.