The rains have finally arrived in Northern California. I know we need the water, but man, I don’t know how I ever lived in the Pacific Northwest! I truly hate the dark skies and cold water dripping down from above. Add the omnipresent darkness of current events and it’s really hard to find stuff to write about that isn’t just ALL CAPS PSYCHOTIC RANTING. But lord knows there’s enough of that on the internet already, so I’ll confine myself to random tidbits from my life.

Wildflower is looming large on the horizon. Thankfully, a good-sized number of folks from my tri club are doing it, so there is a training plan to follow and group workouts I can join when I need company/ass kicking. Especially for getting out on the bike when it’s cloudy and cold: 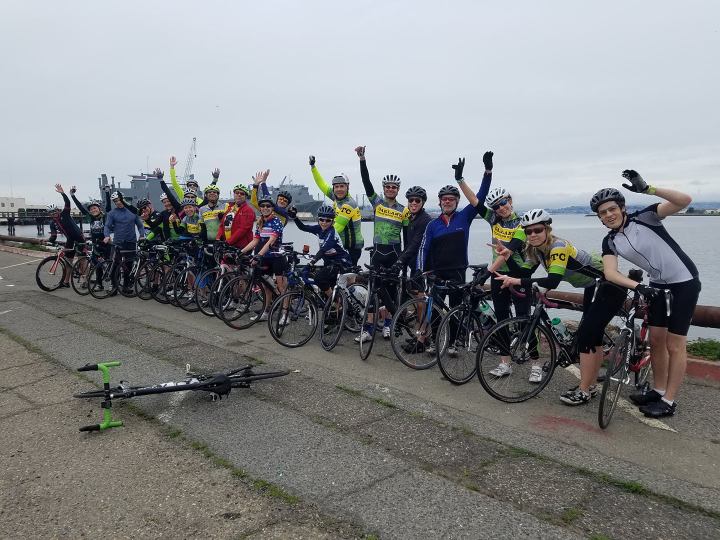 (Photo by Charlie Keen. I’m in the back on the left. I think you can see my arm… )

But little by little I’m finding my mojo again. It’s been a LONG time coming. I’ve been getting up at zero-dark-thirty to get on the bike trainer or go to the pool, which I never managed to do consistently before. On Friday, I made it for my pre-work, outdoor swim in the actual rain. (I was feeling like such a badass about this, until the aquacize ladies rolled in and showed me what hardcore really was. It’s one thing to do an activity where you’re largely under heated water during a cold drizzle. It’s another thing altogether when you’re treading water with your full torso out there. Mad respect, ladies!)

Yesterday, I went out to do a long, hilly bike ride. Originally, Todd was going to join me, but he had some work stuff and his back had been twingy, so he stayed home. I decided to ride out near where I worked and tackle a climb that I’d bailed on the only other time I’d attempted it – Patterson Pass. I figured it would be a good confidence builder, assuming I could do it, and a chance to bump down to a shorter distance if I failed.

Patterson is a long, somewhat relentless climb. It seems like it goes on forever. I generally like climbs like this for training because they build mental strength, along with the physical. 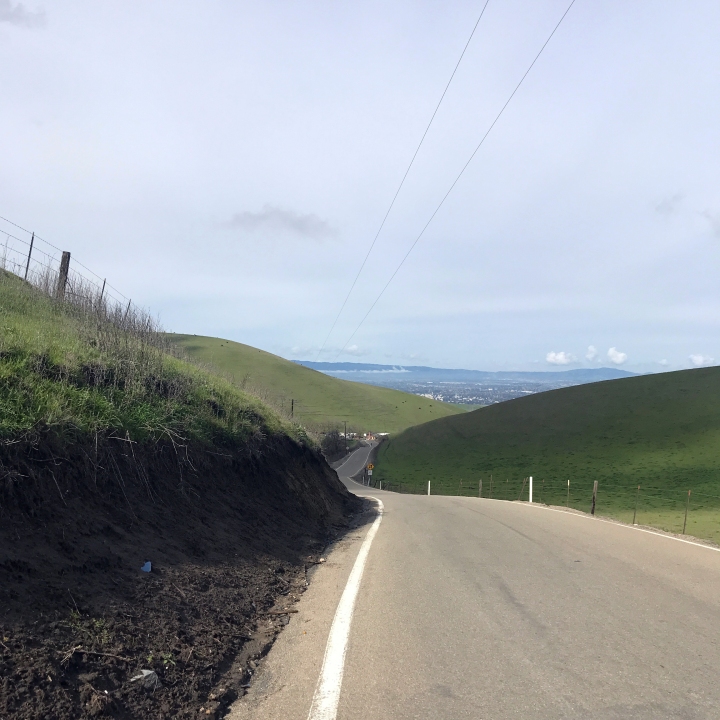 And, of course, there was a ridiculous little steep section before the last part of the climb where I had to stop and take a wheezing/panting/recovery break… 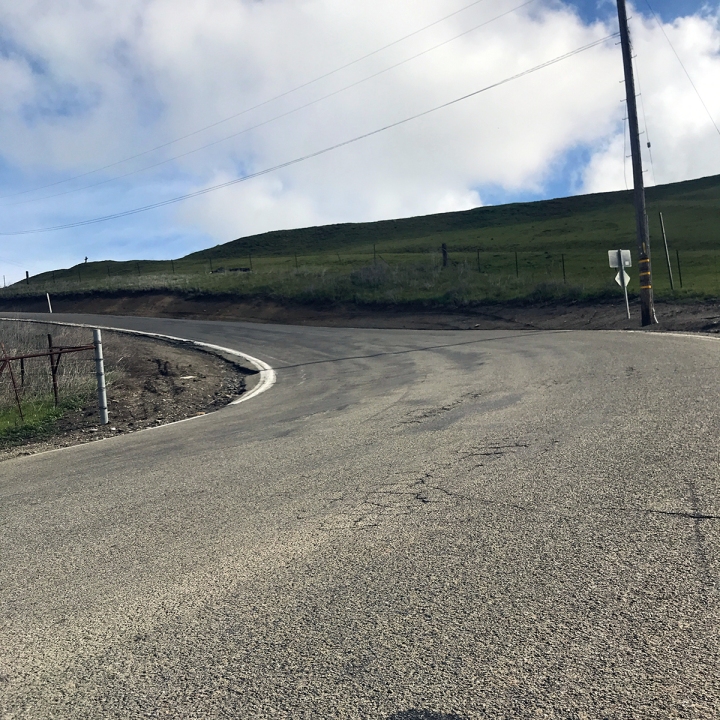 But, I made it to the top and the view was AMAZING: 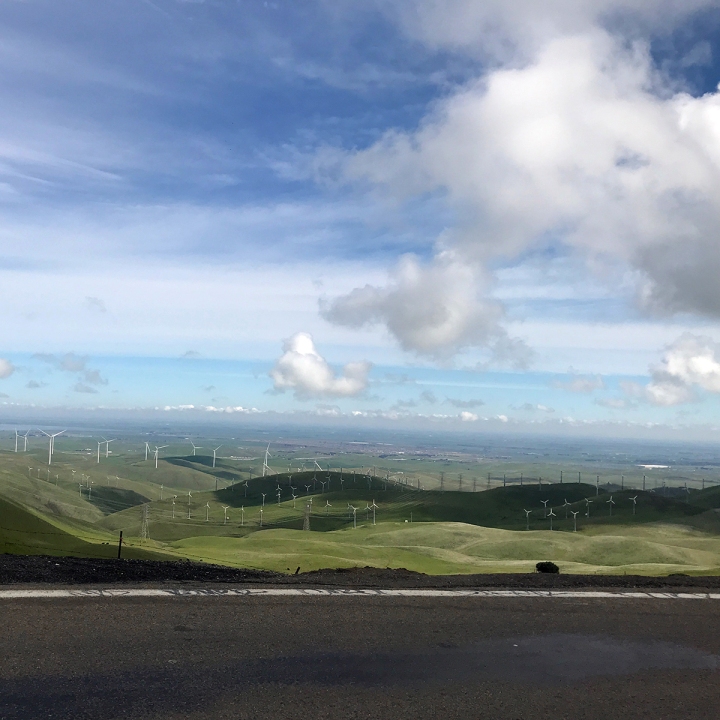 It was crazy to look down on all of those windmills, completely the opposite of the view I usually have. That climb was followed by many miles of screaming fast/slightly terrifying descents and then some lovely riding through the country. I was feeling so good that I decided to take on a second climb that had eluded me – the road up to Del Valle regional park.

My brother and I have ridden part of it as part of lunchtime and weekend rides, but we’ve never made it all the way to the top. Usually, it’s a million degrees and we have time/fitness constraints, but it’s always bugged me that I’ve never finished it. It’s another long, relentless climb with about a million switchbacks that seem to go on forever. It was the end of my ride and I was tired, but I put my head down and basically willed my legs to get me there. All in all, it was 40 miles of confidence boost. I was tired, but also really proud of myself. 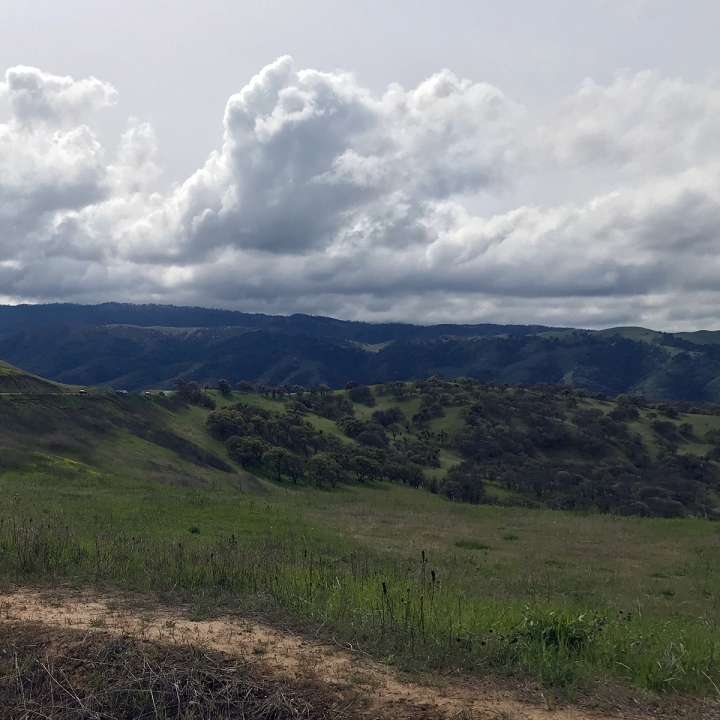 Aside from all of that craziness, life has been work stuff and random adventures with this guy: 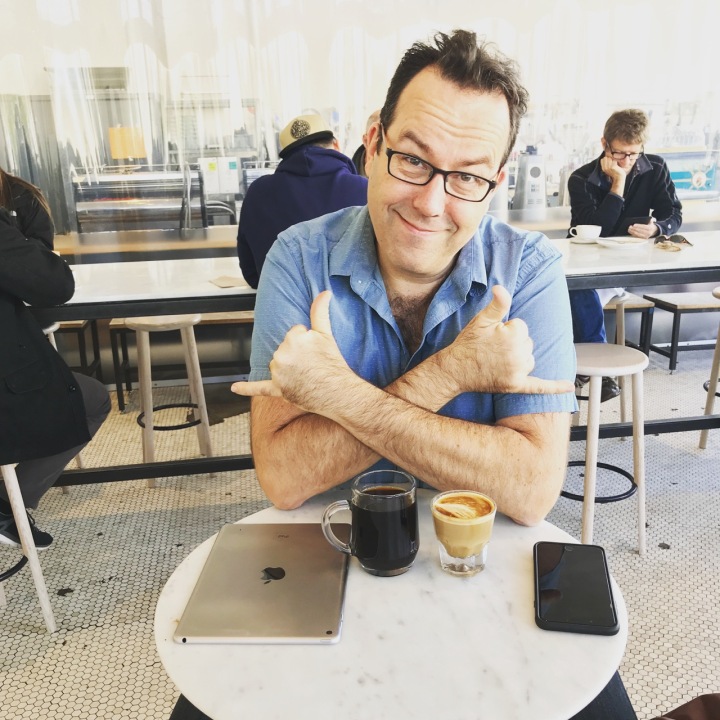 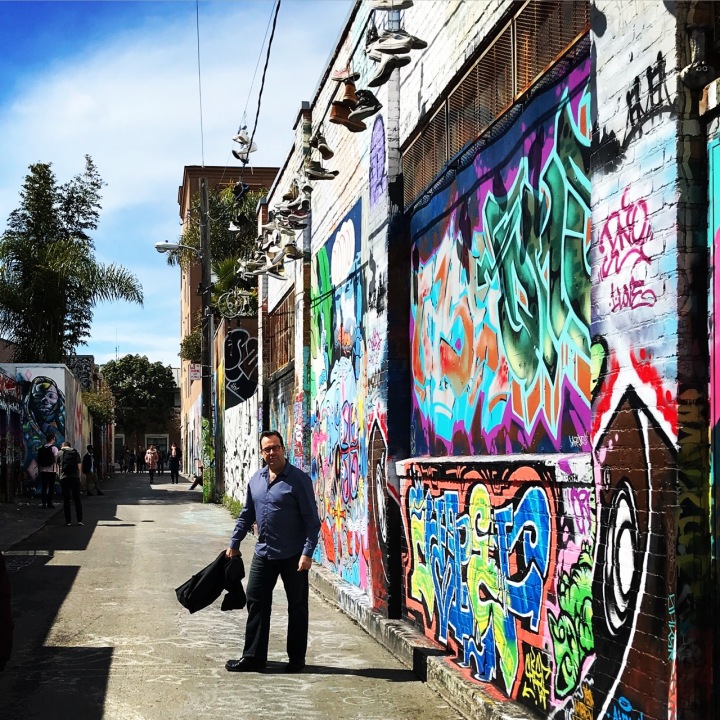 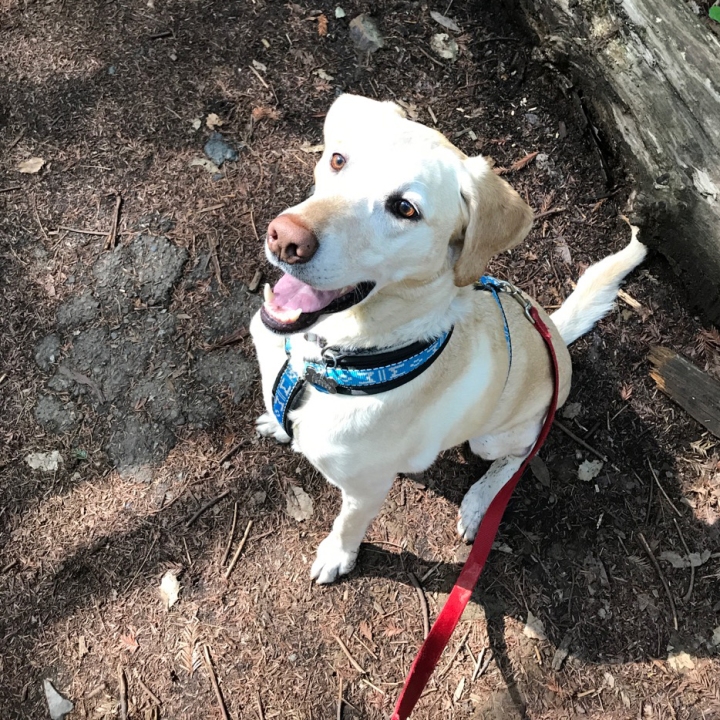 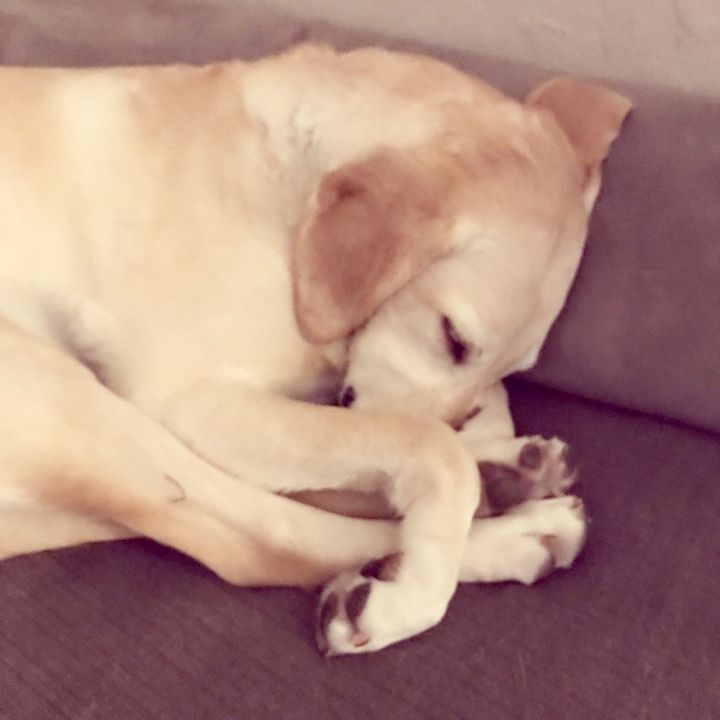 Even when the weather is bumming me out, I know I’m so deeply blessed to be able to do this crazy athletic stuff and have such wonderful people (and dogs) in my life.