The Year of the Babies has brought with it many changes, obviously. I know the changes that affect me are but a drop in the bucket compared to the massive upheavals in my friend’s lives, but it’s still very interesting to watch how parenting has changed my friends and see how the babies are growing up. It also provides me with opportunities for new social occasions I never would have imagined myself in a year ago, such as being invited to a baby’s first birthday party. Will had a fairly dramatic entrance into the world a year ago, which when combined with the usual challenges a new baby brings makes for some pretty exhausted parents.

Since I’m not much of a baby person, I wasn’t really sure what to expect when we showed up at a Seattle park on a cloudy Sunday morning. We were greeted with an awesome playground and a group of parents/kids. After bemoaning the fact that kids today have way better playgrounds than we did growing up, M decided to nurture her inner-child (who apparently is also a monkey or mountain climber… ) 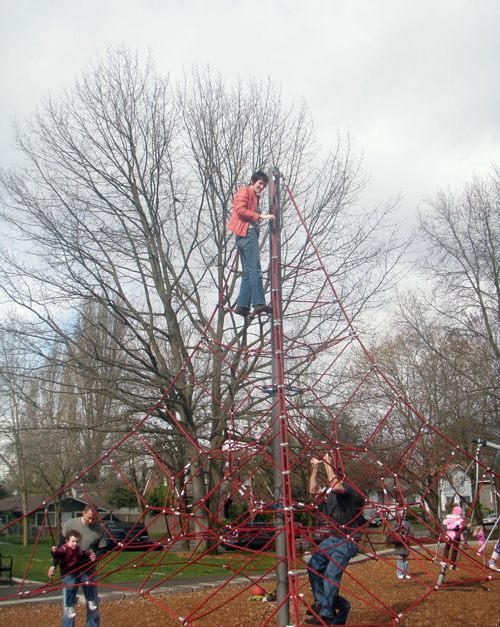 And she makes it all the way to the top! 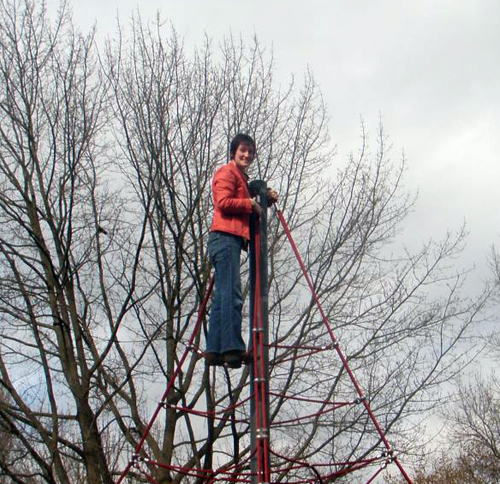 The birthday boy was engaged in some pretty serious firetruck driving, so I decided to wait until later to assault him with picture taking. We walked over to say hi to Sarah, who’d assembled a nice little party area across the park. While we were chatting, Graham was leading the playground folks over, pied-piper style…

Here’s the guest of honor, with his parents:

We got to meet some of the other party guests, including Rafi, who is awesome. Check out the teddy bear pants!

Seriously, where does one find brown furry pants?

Soon it was time to sing Happy Birthday to Will, who looked unamused by our antics. He was a big fan of the balloons, though:

All in all, it was a good time. I’m still happy with the kinds of babies I can stick in a crate, (Sorry Mom!) but it’s always fun to visit baby-world. As long as I can recover with an adult beverage on the couch afterward. 😀